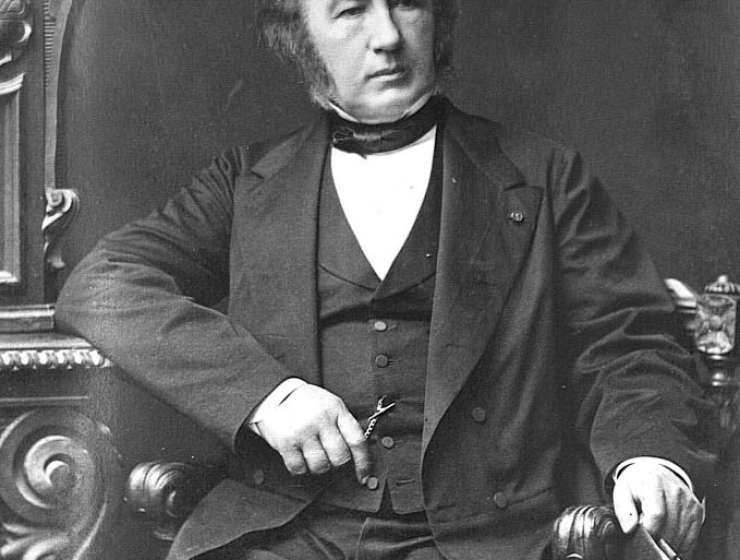 1
206
0
Claude Bernard: bicentenary of birth and his main contributions to neurology
Biology

Bernard was born in the village of Saint-Julien, near Villefranche-sur-Saône and Lyon1. He was the son of a modest proprietor of vineyards and wine merchant. He received his early education in the Jesuit school of Villefranche (1821-1831), and then proceeded to the college, where he soon left to become an apprentice in a pharmacy, and periodic visitor to a nearby veterinary school in Lyon1. From there, he went to Paris to consult a famous theater critic who did not valorize his inclination to write theater plays, but recommend him instead to exploit his pharmacy experience and enter medicine2. He enrolled at the Faculty of Medicine of Paris (1834), and was approved for externship (1836), and the internship (1839), under the sponsorship of François Magendie (1783-1855), in the Hotel Dieu1,2. As usual, even in the medicine course, he did not excel in his formal studies3. In 1841, Magendie discovered Bernard's dissecting skills and took him on as his laboratory assistant2,3. In 1843, Bernard become physician, and in 1845 he married a Parisian wealthy doctor’s daughter, but the unhappy couple was officially separated in 18701.

However, much of his work was carried out between 1843-1858 in a little moist basement, with limited funding3. In 1847, he was appointed Magendie's substitute at the Collège de France, and in 1855 he took the Chair of Physiology, held previously by Magendie and Laennec, and later occupied by Charles Edouard Brown-Séquard (1878)2. Bernard took over also the chair of experimental physiology created for him at the Sorbonne University (1854), but in 1868 this chair was transferred from the Sorbonne to the Muséum national d'Histoire naturelle. He was also elected to the Academy of Sciences, the Academy of Medicine, and Imperial Senate – a nomination made by the emperor Napoleon III. In conclusion, he was extensively admired, including by the Brazilian emperor, Dom Pedro II1,2. However, some authors argue that he trivialized the significance of clinical and epidemiological studies, but Morabia4 gave Bernard's mainstream thought: “He was realistic about statistics and comparative therapeutic trials and virulent against irrational medicine.” Much of his work was based on animal vivisection (Figure 1), and many people opposed to this shocking disrespect regarding the well-being of the experimental animal, including his wife and daughters1,3. However, considering his precious contributions, Bernard had the first French funeral settled to a scientist. This happened after a declining health (1859-1978), with chronic painful enteritis, rheumatism, unrelenting migraines, and abrupt health deterioration after kidney infection1,2.

Story Continues
scielo.br
What Do You Think Of That Genius?