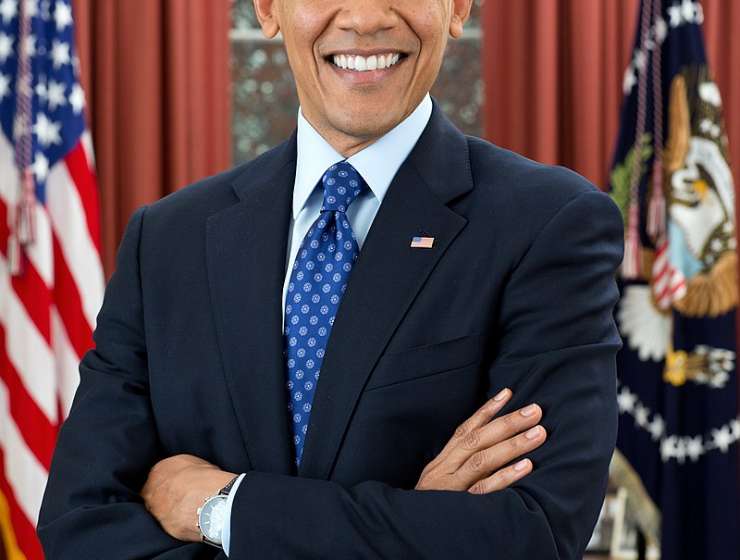 Barack Obama was inaugurated as the 44th president of the United States—becoming the first African American to serve in that office—on January 20, 2009.

The son of a white American mother and a black Kenyan father, Obama grew up in Hawaii. Leaving the state to attend college, he earned degrees from Columbia University and Harvard Law School. Obama worked as a community organizer in Chicago, where he met and married Michelle LaVaughn Robinson in 1992. Their two daughters, Malia Ann and Natasha (Sasha), were born in 1998 and 2001, respectively. Obama was elected to the Illinois state senate in 1996 and served there for eight years. In 2004, he was elected by a record majority to the US Senate from Illinois and, in February 2007, announced his candidacy for president. After winning a closely fought contest against New York Senator and former First Lady Hillary Rodham Clinton for the Democratic nomination, Obama handily defeated Senator John McCain of Arizona, the Republican nominee for president, in the general election.

When President Obama took office, he faced very significant challenges. The economy was officially in a recession, and the outgoing administration of George W. Bush had begun to implement a controversial "bail-out" package to try to help struggling financial institutions. In foreign affairs, the United States still had troops deployed in difficult conflicts in Iraq and Afghanistan.