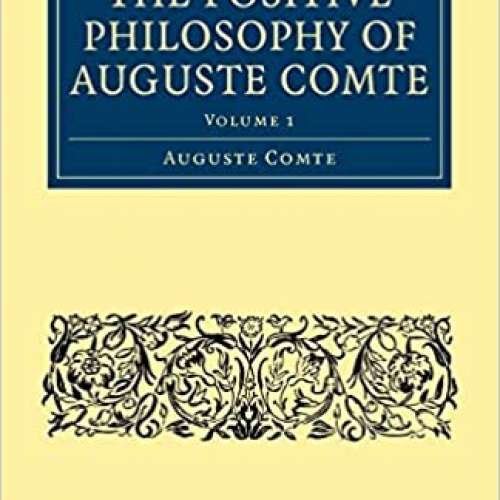 97
0
To genius page →
The Positive Philosophy of Auguste Comte

The Positive Philosophy of Auguste Comte is a condensed English version of the French philosopher's controversial work, freely translated by Harriet Martineau and published in two volumes in 1853. Martineau's abridged and more easily digestible version of Comte's work was intended to be readily accessible to a wide general readership, particularly those she felt to be morally and intellectually adrift, and Comte's philosophy indeed attracted a significant following in Britain in the later nineteenth century.

Comte's 'doctrine' promoted personal and public ethics and social cohesion based no longer on metaphysics but on strict scientific method, and anticipated twentieth-century logical positivism and secular humanism. The first volume of this translation contains Parts 1 to 5 and sets out the nature and importance of positivism, leading on to an overview of the 'positive sciences': mathematics, astronomy, physics, chemistry and biology.