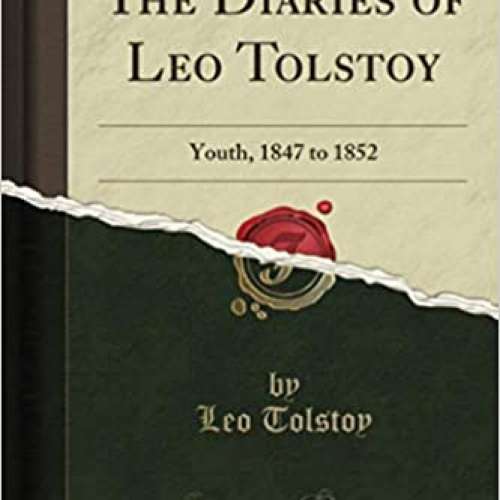 When the records oi a great man's life are in question it is not so much the culmination  a matter of common knowledge  which interests one, but rather the first steps, the early indications of what he was eventually to prove himself. Of Tolstoy's Diaries, of which only a portion relating to his latter years has hitherto been published, it may be said that the good wine has been kept till now. The vintage Of Tolstoy's youth holds in a rare degree the essence of his matured philosophy. The Diaries, of which the first pages were written in 1846, were, from the beginning, Diaries of thoughts rather than of actions. They express many of the ideas which he was afterwards to expand in his polemical works, and they owe their vital quality not only to intimate, self-revealing touches, but because they voice the cry of Youth in all' climes and ages  Youth which is ever in spiritual con?ict between the external laws of life and the needs of the inner being. It was a subject upon which Tolstoy wrote and pondered much in the course of his long life.