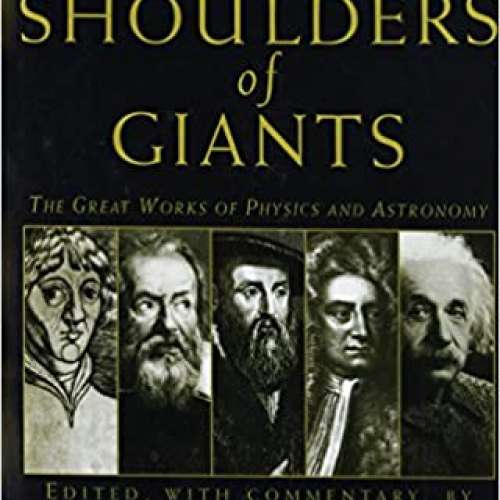 World-renowned physicist and bestselling author Stephen Hawking presents a revolutionary look at the momentous discoveries that changed our perception of the world with this first-ever compilation of seven classic works on physics and astronomy. His choice of landmark writings by some of the world's great thinkers traces the brilliant evolution of modern science and shows how each figure built upon the genius of his predecessors. On the Shoulders of Giants includes, in their entirety, On the Revolution of Heavenly Spheres by Nicolaus Copernicus; Principia by Sir Isaac Newton; The Principle of Relativity by Albert Einstein; Dialogues Concerning Two Sciences by Galileo Galilei with Alfonso De Salvio; plus Mystery of the Cosmos, Harmony of the World, and Rudolphine Tables by Johannes Kepler. It also includes five critical essays and a biography of each featured physicist, written by Hawking himself.