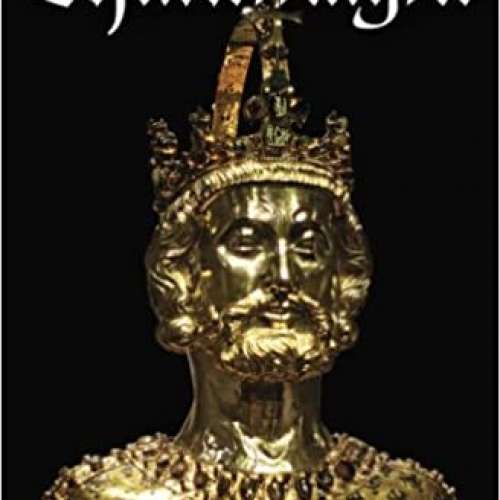 From his father, Charlemagne inherited only a part of the Frankish kingdom - little more than half of modern France and the Low Countries. Before his astonishing career had ended, he had conquered half of Europe and his armies had marched through Italy, Germany, and Spain. In a glittering Christmas Day ceremony in Rome, in the year 800, he was crowned the new Holy Roman Emperor. More than the heroic conqueror of Western Europe, Charlemagne was an intense and thoughtful human being. His succession of five wives brought him a palace full of children. So warm was his love for his daughters that he could never bear to see them married away from the court, even though enticing alliances with other rulers were offered them. A deeply religious man, Charlemagne became the protector of orthodox Christianity against medieval heresies. A patron of learning, he established schools and brought artists and scholars to his court to work and study. As a result, most classical literature comes down to us in copies of books made in Charlemagne's time. Here, from National Book Award winner Richard Winston, is his remarkable story.