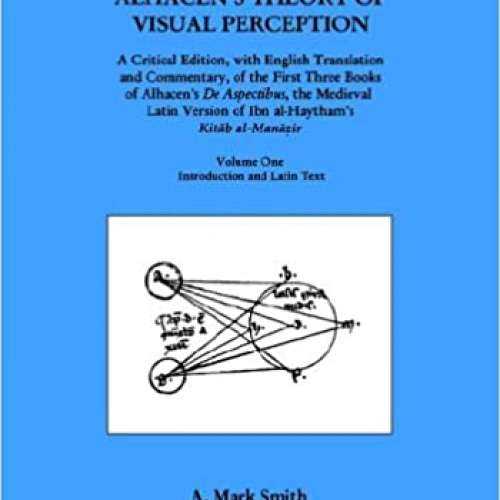 Sometime between 1028 and 1038, Ibn al-Haytham completed his monumental optical synthesis, Kitab al-Manazir ("Book of Optics"). By no later than 1200, and perhaps somewhat earlier, this treatise appeared in Latin under the title De aspectibus. In that form it was attributed to a certain "Alhacen." These differences in title and authorial designation are indicative of the profound differences between the two versions, Arabic and Latin, of the treatise. In many ways, in fact, they can be regarded not simply as different versions of the same work, but as different works in their own right. Accordingly, the Arab author, Ibn al-Haytham, and his Latin incarnation, Alhacen, represent two distinct, sometimes even conflicting, interpretive voices.

And the same holds for their respective texts. To complicate matters, "Alhacen" does not represent a single interpretive voice. There were at least two translators at work on the Latin text, one of them adhering faithfully to the Arabic original, the other content with distilling, even paraphrasing, the Arabic original. Consequently, the Latin text presents not one, but at least two faces to the reader. This two-volume critical edition represents fourteen years of work on Dr. Smith's part. Awarded the 2001 J. F. Lewis Award.