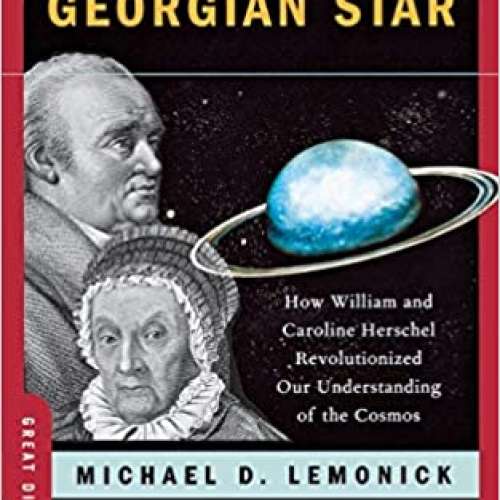 119
0
To genius page →
The Georgian Star: How William and Caroline Herschel Revolutionized Our Understanding of the Cosmos

Trained as a musician, amateur scientist William Herschel found international fame after discovering the planet Uranus in 1781. Though he is still best known for this finding, his partnership with his sister Caroline yielded other groundbreaking work that affects how we see the world today. The Herschels made comprehensive surveys of the night sky, carefully categorizing every visible object in the void. Caroline wrote an influential catalogue of nebulae, and William discovered infrared radiation. Veteran science writer Michael D. Lemonick guides readers through the depths of the solar system and into his subjects’ private lives: William developed bizarre theories about inhabitants of the sun; he procured an unheard-of salary for Caroline from King George III even as he hassled over the funding for an enormous, forty-foot telescope; and the siblings feuded over William’s marriage but eventually reconciled. 9 illustrations