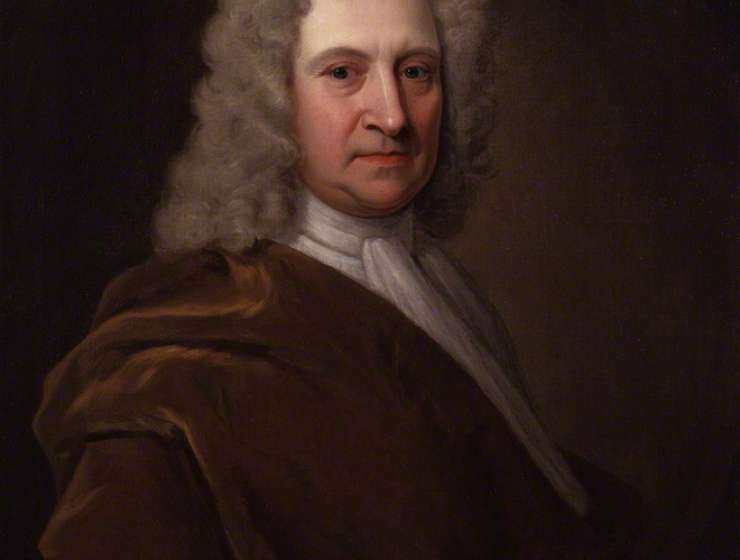 November 8th marks the 356th anniversary of the birth of Edmond Halley (1656 — 1742), the English astronomer best known for tracking the orbit of what came to be known after his death as Halley's Comet. But like many scientists of his day he was not just an astronomer, but branched out into several fields, advancing knowledge in such diverse areas as terrestrial magnetism and actuarial science.

While still an undergraduate at The Queen's College at Oxford, Halley published papers on the solar system and on sunspots. He left Oxford before graduating and traveled to the island of Saint Helena in the south Atlantic where he catalogued 341 stars of the southern hemisphere and observed the full transit of Mercury.

He published the first meteorological chart—a global map of the trade winds—and published a work on the monsoons. Halley built a diving bell which allowed him to stay underwater for up to four hours, and built a rudimentary magnetic compass. A man of many layers, he even translated scientific works from Arabic, Greek and Latin.

Story Continues
aaas.org
What Do You Think Of That Genius?