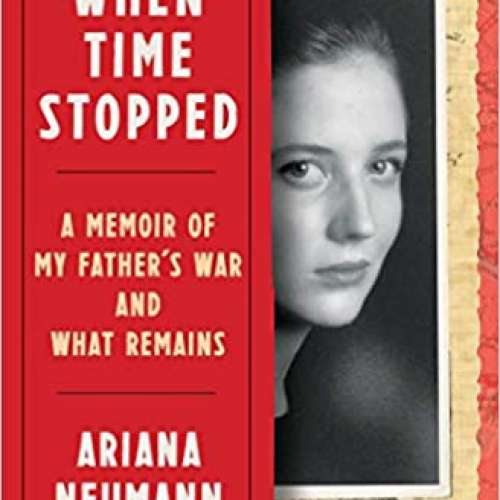 105
0
To genius page →
When Time Stopped: A Memoir of My Father's War and What Remains

In 1941, the first Neumann family member was taken by the Nazis, arrested in German-occupied Czechoslovakia for bathing in a stretch of river forbidden to Jews. He was transported to Auschwitz. Eighteen days later his prisoner number was entered into the morgue book.

Of thirty-four Neumann family members, twenty-five were murdered by the Nazis. One of the survivors was Hans Neumann, who, to escape the German death net, traveled to Berlin and hid in plain sight under the Gestapo’s eyes. What Hans experienced was so unspeakable that, when he built an industrial empire in Venezuela, he couldn’t bring himself to talk about it. All his daughter Ariana knew was that something terrible had happened.