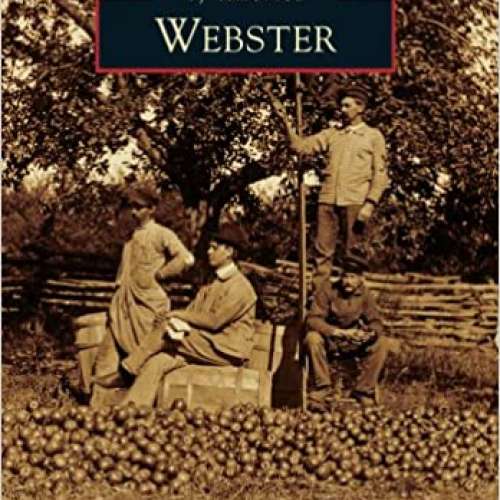 The town of Webster, New York, is framed with a rugged, natural beauty that sets it apart from other local communities, and there is a spirit of independent thinking here that is valued. In 1840, the newly incorporated town was named after Daniel Webster, the outspoken statesman, who had never actually set foot in the town. Favorable soil conditions and climate tempered by Lake Ontario contributed to Webster's growth as a prosperous agricultural center for growing fruit. The production of dried apples, baskets, and food processing were all early industries. From the earliest days of Webster to the mid-20th century, this book highlights pioneer settlers such as the Constant Holt family who came in an oxcart from New England; recalls happenings such as train wrecks, fires, horse races, baseball teams, and children's flower parades through the village; and celebrates the social heritage and spirit of the town whose motto is "Where Life is Worth Living."