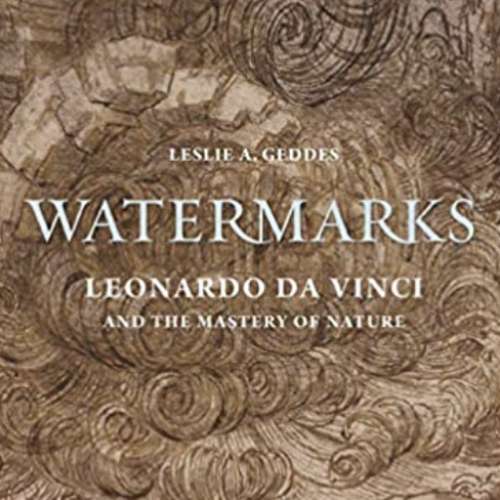 169
0
To genius page →
Watermarks: Leonardo da Vinci and the Mastery of Nature

Formless, mutable, transparent: the element of water posed major challenges for the visual artists of the Renaissance. To the engineers of the era, water represented a force that could be harnessed for human industry but was equally possessed of formidable destructive power. For Leonardo da Vinci, water was an enduring fascination, appearing in myriad forms throughout his work. In Watermarks, Leslie Geddes explores the extraordinary range of Leonardo’s interest in water and shows how artworks by him and his peers contributed to hydraulic engineering and the construction of large river and canal systems.

From drawings for mobile bridges and underwater breathing apparatuses to plans for water management schemes, Leonardo evinced a deep interest in the technical aspects of water. His visual studies of the ways in which landscape is shaped by water demonstrated both his artistic mastery and probing scientific mind. Analyzing Leonardo’s notebooks, plans, maps, and paintings, Geddes argues that, for Leonardo and fellow artists, drawing was a form of visual thinking and problem solving essential to understanding and controlling water and other parts of the natural world. She also examines the material importance in this work of water-based media, namely ink, watercolor, and oil paint.

A compelling account of Renaissance art and engineering, Watermarks shows, above all else, how Leonardo applied his pictorial genius to water in order to render the natural world in all its richness and constant change.