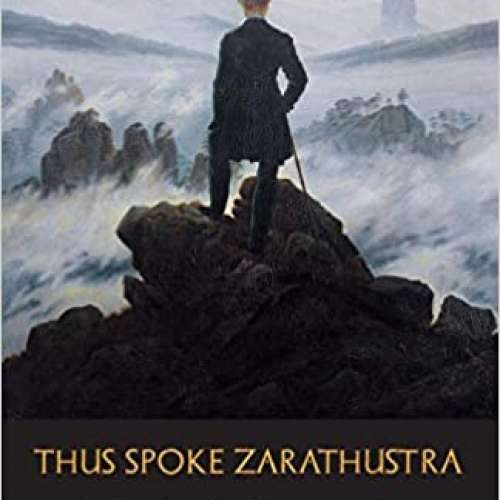 Thus Spoke Zarathustra is a philosophical novel by German philosopher Friedrich Nietzsche, published in four parts between 1883 and 1891. As one of the most influential works in modern nihilism, the book follows the life, speeches, and travels of Zarathustra, the originator of Zoroastrianism. Thus Spoke Zarathustra argues man should seek to perfect himself during his life on earth, surpassing societal standards of morality and goodness. The ideal is - man transforming himself into the “Übermensch,” a more evolved, superhuman-like state of being. Thus Spoke Zarathustra argues every man should follow his own path not dictated by societal conventions. This work is fundamental in guiding existentialist thought and the study of modern philosophy.