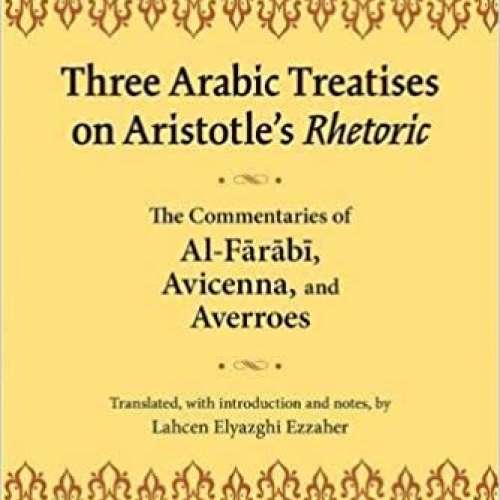 It is increasingly well documented that western rhetoric’s journey from pagan Athens to the medieval academies of Christian Europe was significantly influenced by the intellectual thought of the Muslim Near East. Lahcen Elyazghi Ezzaher contributes to the contemporary chronicling of this influence in Three Arabic Treatises on Aristotle’s Rhetoric: The Commentaries of al-Farabi, Avicenna, and Averroes, offering English translations of three landmark medieval Arabic commentaries on Aristotle's famous rhetorical treatise together in one volume for the first time.  Elegant and practical, Elyazghi Ezzaher’s translations give English-speaking scholars and students of rhetoric access to key medieval Arabic rhetorical texts while elucidating the unique and important contribution of those texts to the revival of European interest in the rhetoric and logic of Aristotle, which in turn influenced the rise of universities and the shaping of Western intellectual life.