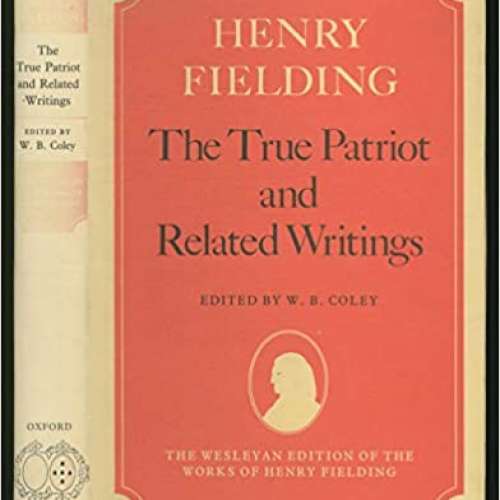 88
0
To genius page →
The True Patriot and Related Writings

A substantial amount of the energy which Henry Fielding put into his writing was invested in political journalism and political pamphleteering. Indeed, next to his prose fiction and his plays, his political journalism looms largest in bulk, and reveals significant aspects of Fielding the man.
Te present volume contains three pamphlets – the Serious Address, the History of the Present Rebellion, and the Dialogue Between the Devil, the Pope, and the Pretender – and one journal, the True Patriot of 1745-6. Coming from what may be called the second period of Fielding's intensive political journalism, they are all informed by the same political purpose: to deal with the crisis represented by the Jacobite uprising known as the 'Forty-Five' and with the implications this event was perceived to have or the Pelham administration in particular. As usual with the Wesleyan Edition, there is a detailed introduction, a textual introduction, textual apparatus, and full annotation throughout the texts, as well as an index.