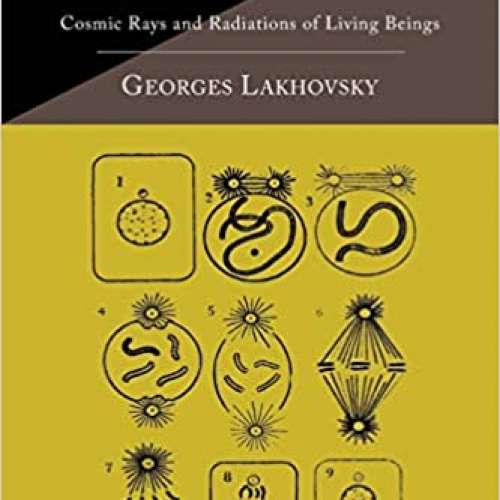 106
0
To genius page →
The Secret of Life: Cosmic Rays and Radiations of Living Beings

2013 Reprint of 1939 Edition. Full facsimile of the original edition, not reproduced with Optical Recognition Software. Georges Lakhovsky (1869-1942) was a Russian engineer, scientist, author and inventor. His controversial medical treatment invention, the Multiple Wave Oscillator, is described as having been used by him in the treatment of cancer. Lakhovsky published books and articles that claimed and attempted to demonstrate that living cells emit and receive electromagnetic radiations at their own high frequencies.

In 1939 he published "The Secret of Life: Electricity, Radiation and Your Body" in which he claimed and attempted to demonstrate that good or bad health was determined by the relative health of these cellular oscillations, and bacteria, cancers, and other pathogens corrupted them, causing interference with these oscillations. Numerous depictions pictured in the book supposedly have Lakhovsky in a Paris, France hospital conducting clinical research treating cancer patients with before, during, and after photographs.