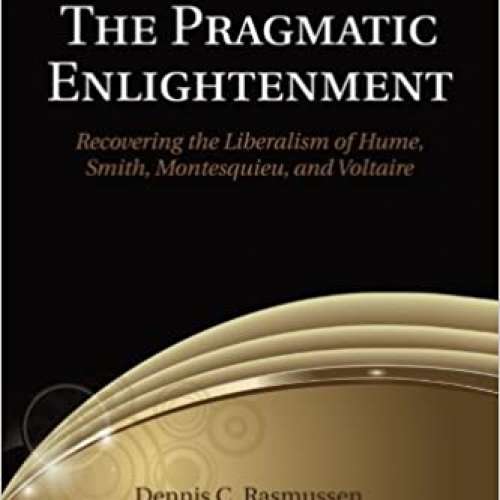 59
0
To genius page →
The Pragmatic Enlightenment

This is a study of the political theory of the Enlightenment, focusing on four leading eighteenth-century thinkers: David Hume, Adam Smith, Montesquieu, and Voltaire. Dennis C. Rasmussen calls attention to the particular strand of the Enlightenment these thinkers represent, which he terms the "pragmatic Enlightenment." He defends this strand of Enlightenment thought against both the Enlightenment’s critics and some of the more idealistic Enlightenment figures who tend to have more followers today, such as John Locke, Immanuel Kant, and Jeremy Bentham. Professor Rasmussen argues that Hume, Smith, Montesquieu, and Voltaire exemplify an especially attractive type of liberalism, one that is more realistic, moderate, flexible, and contextually sensitive than most other branches of this tradition.