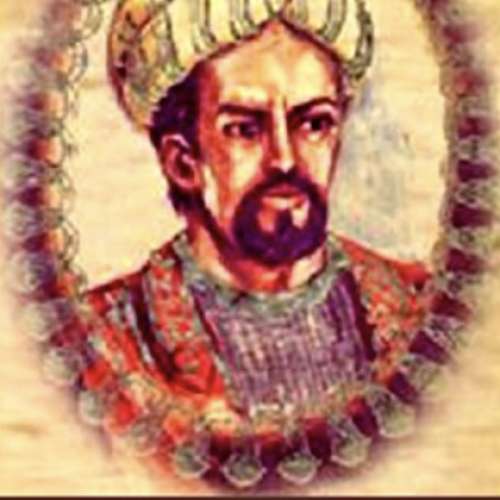 Abul ʿAla Al-Maʿarri was born in December 973 in modern day Maarrat al-Nuʿman, near Aleppo, in Syria. He was a member of the Banu Sulayman, a noted family of Maʿarra, belonging to the larger Tanukh tribe that had formed part of the aristocracy in Syria dating back many hundreds of years. Aged only four he was rendered virtually blind due to smallpox and whilst this was thought to explain his pessimistic outlook on life and his fellow man it seems too young an age to support that. He was educated at Aleppo, Tripoli and Antioch and the area itself was part of the Abbasid Caliphate, the third Islamic caliphate, during what is now considered the Golden Age of Islam. During his schooling he began to write poetry, perhaps from as young as 11 or 12. In 1004-5 Al-Maʿarri learned that his father had died and, in commemoration, wrote an elegy in praise. A few years later, as an established poet and with a desire to see more of life and culture in Baghdad, he journeyed there, staying for perhaps as long as eighteen months. However, although he was respected and well received in literary circles he found the experience at odds with his growing ascetic beliefs and resisted all efforts to purchase his works. He was also by now a somewhat controversial figure and although on the whole respected his views on religion were now also causing him trouble. By 1010 with news of his mother ailing back at home he started the journey back to Ma’rra but arrived shortly after her death. He would now remain in Maʿarra for the rest of his life, continuing with his self-imposed ascetic style, refusing to sell his poems, living alone in seclusion and adhering to a strict vegetarian diet. Though he was confined, he lived out his years continuing his work and collaborating with others and enjoyed great respect despite some of the controversy associated with his beliefs. He is often now described as a "pessimistic freethinker". He attacked the dogmas of organised religion and rejected Islam and other faiths. Intriguingly Al-Maʿarri held anti-natalist views; children should not be born to spare them the pains of life. One of the recurring themes of his philosophy was the truth of reason against competing claims of custom, tradition, and authority. Al-Maʿarri taught that religion was a "fable invented by the ancients", worthless except to those who exploit the credulous masses. He went on to explain “Do not suppose the statements of the prophets to be true; they are all fabrications. Men lived comfortably till they came and spoiled life. The sacred books are only such a set of idle tales as any age could have and indeed did actually produce. However, Al-Maʿarri was still a monotheist, but believed that God was impersonal and that the afterlife did not exist. For someone who was not widely travelled Al-Maʿarri stated that monks in their cloisters or devotees in their mosques were blindly following the beliefs of their locality: if they were born among Magians or Sabians they would have become Magians or Sabians, further declaring, rather boldly, that "The inhabitants of the earth are of two sorts: those with brains, but no religion, and those with religion, but no brains." Abul ʿAla Al-Maʿarri never married and died aged 83, in May 1057 in his hometown, Maarrat al-Nu'man. Even on Al-Maʿarri's epitaph, he wanted it written that his life was a wrong done by his father and not one committed by himself. Today, despite fundamentalists and jihadists at odds with his thinking and viewing him as a heretic, Al-Maʿarri is regarded as one of the greatest of classical Arabic poets as these translated work readily attest too.