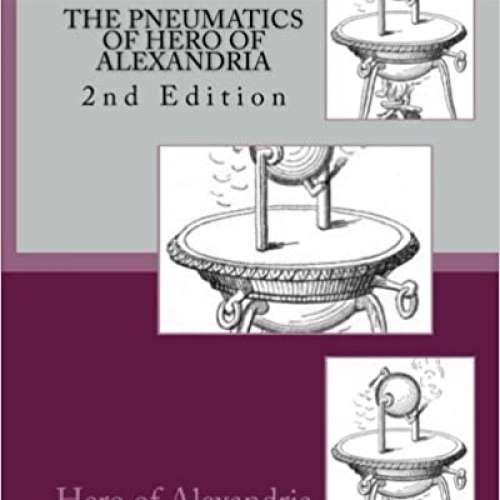 127
0
To genius page →
The Pneumatics of Hero of Alexandria

2nd EDITION Hero (or Heron) of Alexandria (c. 10-70 AD) was an ancient Greek mathematician and engineer who lived in the Roman province of Egypt; He is considered the greatest experimenter of antiquity and his work is representative of the Greek scientific tradition. Hero published a famous description of a simple steam engine called an aeolipile. Among his most famous inventions were a windwheel, a cuckoo clock and a vending machine. Much of Hero's original writings and designs have been lost, having been burned by anti-pagan Christians sometime in the late 4th to 5th century but what remains of his work gives a fascinating insight into how advanced ancient Greco-Roman civilization was technically.