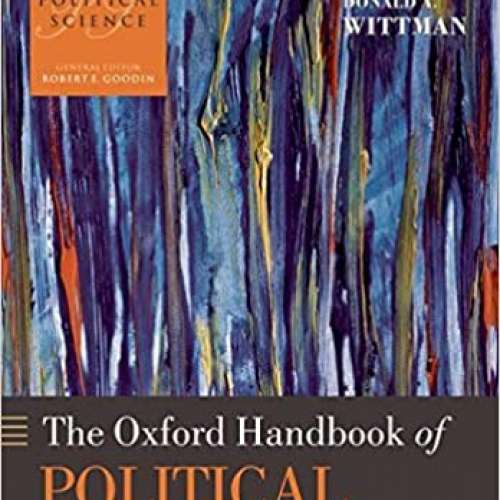 102
0
To genius page →
The Oxford Handbook of Political Economy

Over its long lifetime, "political economy" has had many different meanings: the science of managing the resources of a nation so as to provide wealth to its inhabitants for Adam Smith; the study of how the ownership of the means of production influenced historical processes for Marx; the study of the inter-relationship between economics and politics for some twentieth-century commentators; and for others, a methodology emphasizing individual rationality (the economic or "public choice" approach) or institutional adaptation (the sociological version). This Handbook views political economy as a grand (if imperfect) synthesis of these various strands, treating political economy as the methodology of economics applied to the analysis of political behavior and institutions.