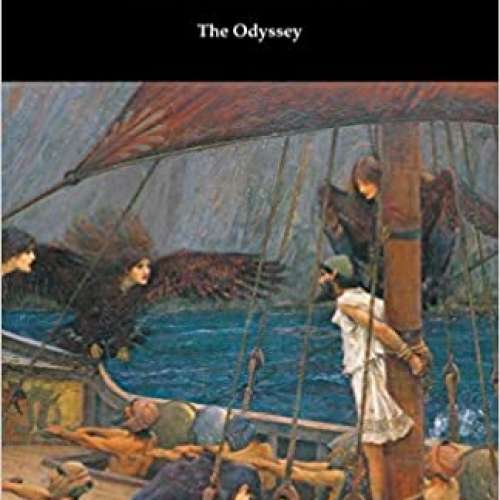 Generally attributed to the ancient Greek poet Homer, “The Odyssey” is considered one of the most important works of classical antiquity, an epic poem about the events at the end of the Trojan War which is generally thought to have been written near the end of the 8th century BC. The story centers on Odysseus and his ten year journey to reach his home in Ithaca. Because of his long absence, Odysseus is presumed dead, leaving his wife Penelope and son Telemachus to deal with a group of suitors, the Proci, who compete for Penelope’s hand in marriage. After seven years of captivity by the nymph Calypso, Odysseus undergoes an arduous journey home. Along the way he encounters, the witch-goddess Circe, the land of the Sirens, the six-headed monster Scylla, and the sea monster Charybdis. “The Odyssey” is at once the story of an ordinary man’s struggle of will against forces beyond his control which keep him from being reunited with his family and a classically epic mythological tale. This edition follows the verse translation of Alexander Pope, includes an introduction and notes by Theodore Alois Buckley, and is printed on premium acid-free paper.