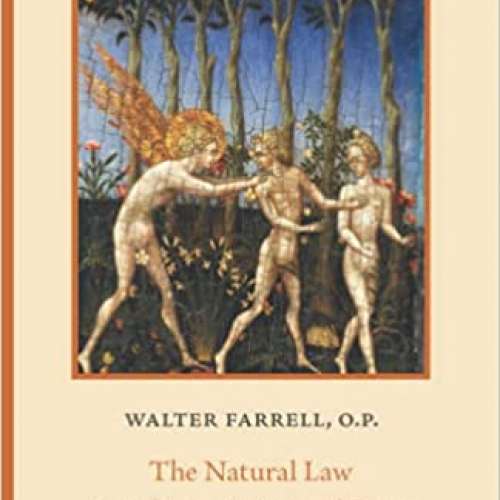 The Natural Law According to Aquinas and Suárez (originally published in 1930 as The Natural Moral Law According to St. Thomas and Suárez) outlines the profound teaching of St. Thomas Aquinas on the natural law. The book also considers the writings of Francisco Suárez, engaging the Suarezian understanding of the natural law in the light of Thomas and the later Thomists. In his Introduction, the author shares his literary motivation: “The aim of this work is not to create, expose or defend a new theory; it is rather to dig out the explanation of St. Thomas from the mass of commentaries and interpretations that are threatening to smother it, to set forth the explanation of St. Thomas, as given by Thomas, and, as far as possible, in the words of the Angelic Doctor” on law, the Eternal Law and the Natural Moral Law.The third volume in the Thomist Tradition book series, edited and introduced by Cajetan Cuddy, O.P., The Natural Law According to Aquinas and Suárez remains a significant account of Thomistic natural law theory from one of its most popular, twentieth-century expositors.