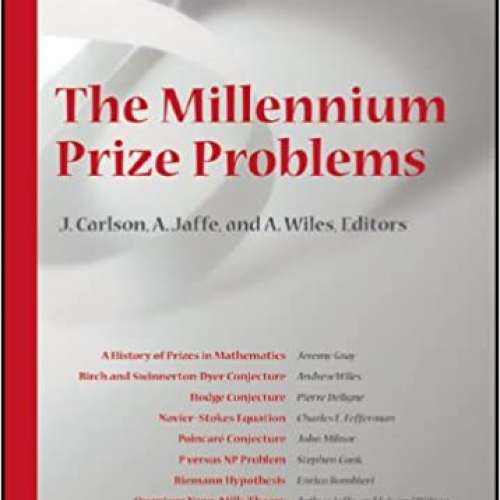 Guided by the premise that solving some of the world's most important mathematical problems will advance the field, this book offers a fascinating look at the seven unsolved Millennium Prize problems. This work takes the unprecedented approach of describing these important and difficult problems at the professional level. In announcing the seven problems and a US$7 million prize fund in 2000, the Clay Mathematics Institute emphasized that mathematics still constitutes an open frontier with important unsolved problems. The descriptions in this book serve the Institute's mission to "further the beauty, power and universality of mathematical thinking."

Separate chapters are devoted to each of the seven problems: the Birch and Swinnerton-Dyer Conjecture, the Hodge Conjecture, the Navier-Stokes Equation, the P versus NP Problem, the Poincaré Conjecture, the Riemann Hypothesis, and Quantum Yang-Mills Theory. An essay by Jeremy Gray, a well-known expert in the history of mathematics, outlines the history of prize problems in mathematics and shows how some of mathematics' most important discoveries were first revealed in papers submitted for prizes. Numerous photographs of mathematicians who shaped mathematics as it is known today give the text a broad historical appeal. Anyone interested in mathematicians' continued efforts to solve important problems will be fascinated with this text, which places into context the historical dimension of important achievements. A co-publication of the AMS and the Clay Mathematics Institute (Cambridge, MA).