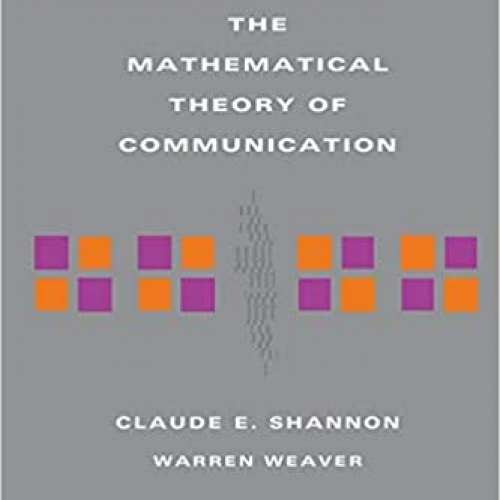 145
0
To genius page →
The Mathematical Theory of Communication

Scientific knowledge grows at a phenomenal pace--but few books have had as lasting an impact or played as important a role in our modern world as The Mathematical Theory of Communication, published originally as a paper on communication theory in the Bell System Technical Journal more than fifty years ago. Republished in book form shortly thereafter, it has since gone through four hardcover and sixteen paperback printings. It is a revolutionary work, astounding in its foresight and contemporaneity. The University of Illinois Press is pleased and honored to issue this commemorative reprinting of a classic.