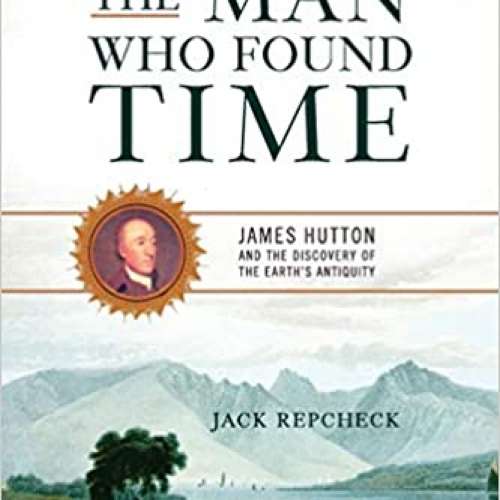 There are three men whose contributions helped free science from the straitjacket of theology. Two of the three-Nicolaus Copernicus and Charles Darwin-are widely known and heralded for their breakthroughs. The third, James Hutton, never received the same recognition, yet he profoundly changed our understanding of the earth and its dynamic forces. Hutton proved that the earth was likely millions of years old rather than the biblically determined six thousand, and that it was continuously being shaped and re-shaped by myriad everyday forces rather than one cataclysmic event. In this expertly crafted narrative, Jack Repcheck tells the remarkable story of this Scottish gentleman farmer and how his simple observations on his small tract of land led him to a theory that was in direct confrontation with the Bible and that also provided the scientific proof that would spark Darwin's theory of evolution. It is also the story of Scotland and the Scottish Enlightenment, which brought together some of the greatest thinkers of the age, from David Hume and Adam Smith to James Watt and Erasmus Darwin. Finally, it is a story about the power of the written word. Repcheck argues that Hutton's work was lost to history because he could not describe his findings in graceful and readable prose. (Unlike Darwin's Origin of the Species, Hutton's one and only book was impenetrable.) A marvelous narrative about a little-known man and the science he founded, The Man Who Found Time is also a parable about the power of books to shape the history of ideas.