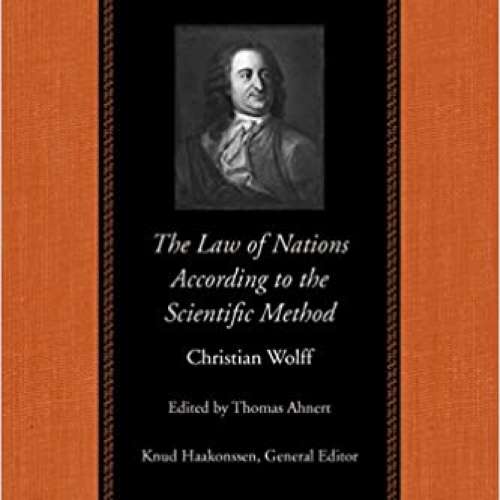 Christian Wolff’s The Law of Nations is a cornerstone of eighteenth-century thought. A treatise on the philosophy of human action, on the foundations of political communities, and on international law, it influenced philosophers throughout the eighteenth-century Enlightenment world. According to Knud Haakonssen, general editor of the Natural Law and Enlightenment series, “before Kant’s critical philosophy, Wolff was without comparison the most influential German thinker for several decades as well as a major European figure.”