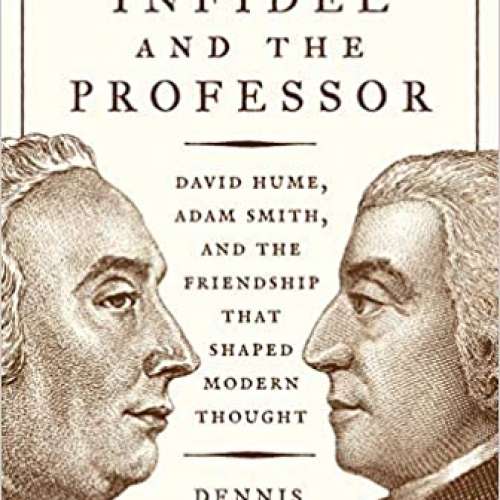 115
0
To genius page →
The Infidel and the Professor: David Hume, Adam Smith, and the Friendship That Shaped Modern Thought

David Hume is arguably the most important philosopher ever to have written in English, but during his lifetime he was attacked as “the Great Infidel” for his religious skepticism and deemed unfit to teach the young. In contrast, Adam Smith, now hailed as the founding father of capitalism, was a revered professor of moral philosophy. Remarkably, Hume and Smith were best friends, sharing what Dennis Rasmussen calls the greatest of all philosophical friendships. The Infidel and the Professor tells the fascinating story of the close relationship between these towering Enlightenment thinkers―and how it influenced their world-changing ideas. It shows that Hume contributed more to economics―and Smith contributed more to philosophy―than is generally recognized. The result is a compelling account of a great friendship that had great consequences for modern thought.