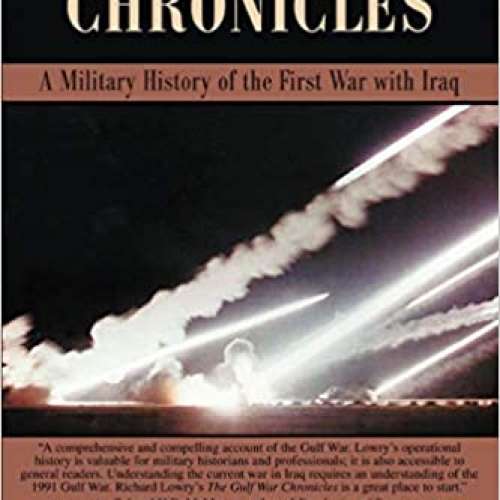 82
0
To genius page →
THE GULF WAR CHRONICLES: A Military History of the First War with Iraq

Extensively researched, painstakingly documented, and dedicated to the courageous men and women who fought and served in the First War with Iraq, this is a factual military history of Operation Desert Storm-and the only readable and thorough chronicle of the entire war.From the first night of battle to Day Two, when Saddam struck back, to G Day and the eventual cease-fire, accomplished military historian Richard S. Lowry delivers a detailed, day-by-day account of each battle and every military encounter leading up to the liberation of Kuwait.Desert Storm was a war of many firsts: America's first four-dimensional war; the first time in military history that a submerged submarine attacked a land target; the Marine Corps' first combat air strikes from an amphibious assault ship; the first time in the history of warfare that a soldier surrendered to a robot; and more. And it was an overwhelming victory for the United States and its allies.Intentionally presented without political commentary and ending with a complete listing of the heroic Americans killed in Desert Storm as well as a battle timeline, glossary, bibliography, and resources, The Gulf War Chronicles provides a much-needed understanding of the nature of modern-day, high-tech warfare and honors America's collective resolve and commitment to freedom.