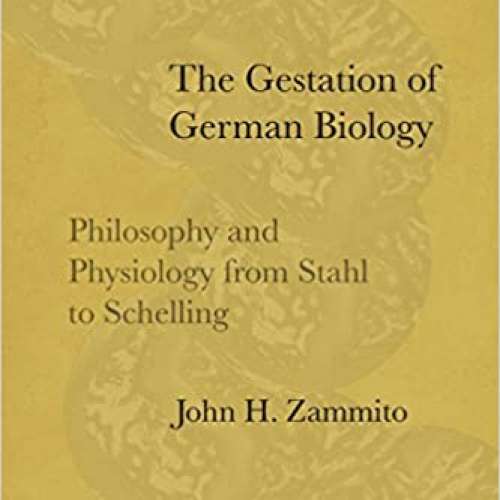 102
0
To genius page →
The Gestation of German Biology

The emergence of biology as a distinct science in the eighteenth century has long been a subject of scholarly controversy. Michel Foucault, on the one hand, argued that its appearance only after 1800 represented a fundamental rupture with the natural history that preceded it, marking the beginnings of modernity. Ernst Mayr, on the other hand, insisted that even the word "biology" was unclear in its meaning as late as 1800, and that the field itself was essentially prospective well into the 1800s.

In The Gestation of German Biology, historian of ideas John Zammito presents a different version of the emergence of the field, one that takes on both Foucault and Mayr and emphasizes the scientific progress throughout the eighteenth century that led to the recognition of the need for a special science. The embrace of the term biology around 1800, Zammito shows, was the culmination of a convergence between natural history and human physiology that led to the development of comparative physiology and morphology—the foundations of biology. Magisterial in scope, Zammito’s book offers nothing less than a revisionist history of the field, with which anyone interested in the origins of biology will have to contend.