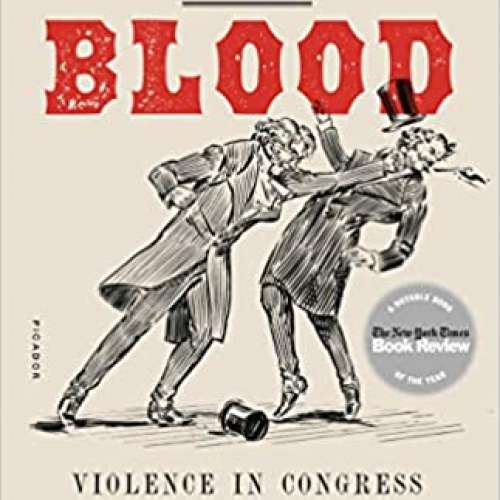 84
0
To genius page →
The Field of Blood: Violence in Congress and the Road to Civil War

In The Field of Blood, Joanne B. Freeman recovers the long-lost story of physical violence on the floor of the U.S. Congress. Drawing on an extraordinary range of sources, she shows that the Capitol was rife with conflict in the decades before the Civil War. Legislative sessions were often punctuated by mortal threats, canings, flipped desks, and all-out slugfests. When debate broke down, congressmen drew pistols and waved Bowie knives. One representative even killed another in a duel. Many were beaten and bullied in an attempt to intimidate them into compliance, particularly on the issue of slavery.