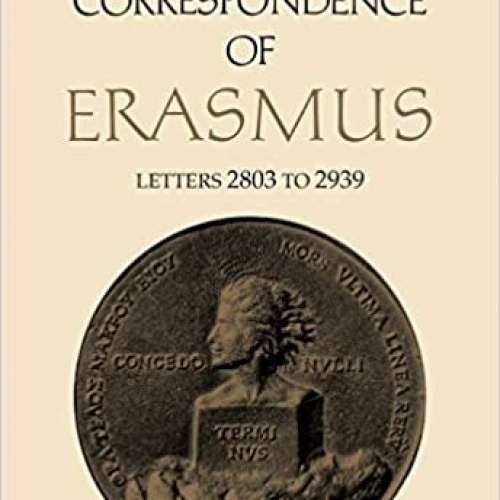 83
0
To genius page →
The Correspondence of Erasmus

In the months covered by this volume, Erasmus experienced sharply deteriorating health and thoughts of approaching death, although he remained active in the promotion of good causes and the defence of his good name. The seemingly imminent threat of religious civil war in Germany affected Erasmus in two ways. First, he made up his mind to leave Germany and return to his native Brabant. However, the arrival in 1533 of a formal invitation from Queen Mary, regent of the Netherlands, coincided with the onset of chronic ill health that would last until the end of his life. Repeated postponements eventually led to an abandonment of the journey altogether. Second, Erasmus did what he could to promote the cause of religious unity. In On Mending the Peace of the Church he urged rulers to enact moderate reforms that would satisfy all parties and avoid confessional division. When Martin Luther responded to this attempt at a "middle path" between "truth and error" in his Letter Concerning Erasmus of Rotterdam (1534), denouncing Erasmus as a skeptic and not a Christian, Erasmus responded indignantly with his Purgation against the Slanderous Letter of Luther. Erasmus’ only other work published in this period turned out to be one of his most popular, On Preparing for Death.