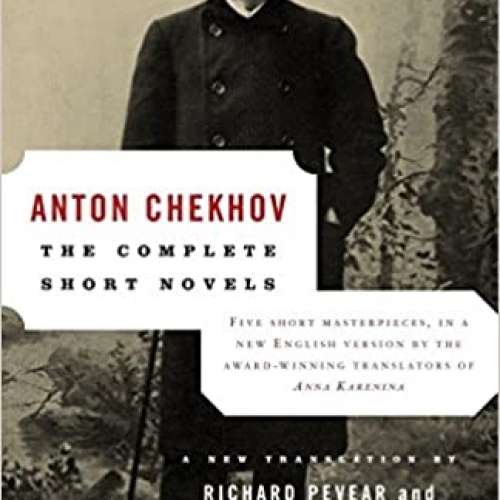 Anton Chekhov, widely hailed as the supreme master of the short story, also wrote five works long enough to be called short novels–here brought together in one volume for the first time, in a masterly new translation by the award-winning translators Richard Pevear and Larissa Volokhonsky.

The Steppe—the most lyrical of the five—is an account of a nine-year-old boy’s frightening journey by wagon train across the steppe of southern Russia. The Duel sets two decadent figures—a fanatical rationalist and a man of literary sensibility—on a collision course that ends in a series of surprising reversals. In The Story of an Unknown Man, a political radical spying on an important official by serving as valet to his son gradually discovers that his own terminal illness has changed his long-held priorities in startling ways. Three Years recounts a complex series of ironies in the personal life of a rich but passive Moscow merchant. In My Life, a man renounces wealth and social position for a life of manual labor.