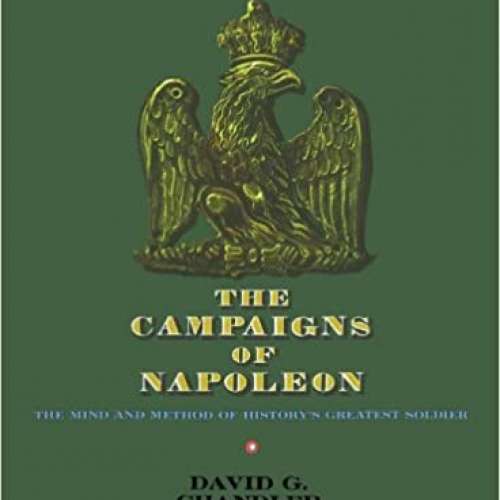 98
0
To genius page →
The Campaigns of Napoleon

In this “engrossing,” (The New Yorker) vivid, and intensively researched volume, esteemed Napoleon scholar David Chandler outlines the military strategy that led the famous French emperor to his greatest victories—and to his ultimate downfall.

Napoleonic war was nothing if not complex—an ever-shifting kaleidoscope of moves and intentions, which by themselves went a long way towards baffling and dazing his conventionally minded opponents into that state of disconcerting moral disequilibrium which so often resulted in their catastrophic defeat.