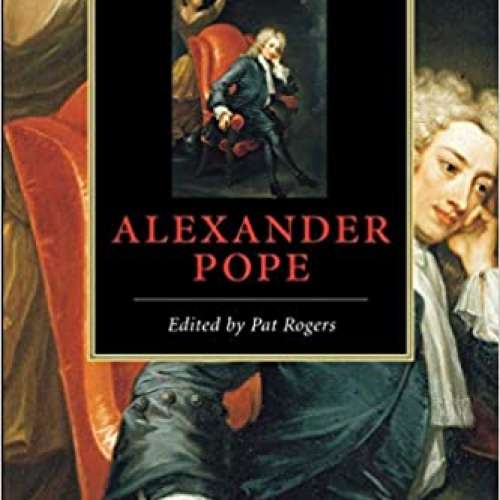 85
0
To genius page →
The Cambridge Companion to Alexander Pope

Alexander Pope was the greatest poet of his age and the dominant influence on eighteenth-century British poetry. His large oeuvre, written over a thirty-year period, encompasses satires, odes and political verse and reflects the sexual, moral and cultural issues of the world around him, often in brilliant lines and phrases which have become part of our language today. This is the first overview to analyse the full range of Pope's work and to set it in its historical and cultural context. Specially commissioned essays by leading scholars explore all of Pope's major works, including the sexual politics of The Rape of the Lock, the philosophical enquiries of An Essay on Man and the Moral Essays, and the mock-heroic of The Dunciad in its various forms. This volume will be indispensable not only for students and scholars of Pope's work, but also for all those interested in the Augustan age.