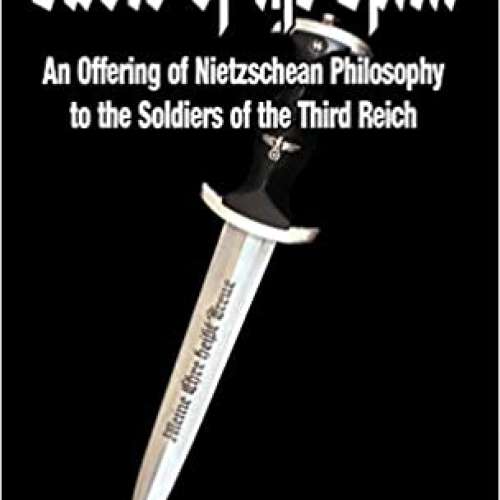 179
0
To genius page →
Sword of the Spirit: An Offering of Nietzschean Philosophy to the Soldiers of the Third Reich

Commissioned by the Third Reich, Sword of the Spirit, is a collection of aphorisms by the German philosopher Friedrich Nietzsche. The sole purpose of this collection served as an offering to Wehrmacht soldiers on the front lines during WWII. Original copies of Sword of the Spirit, those that most likely never left the Fatherland, can still be found scattered across Germany in homes and antique book-stores. The copies that went to the front were likely riddled with bullets, obliterated by bombs or burned by the soldiers themselves for warmth in the freezing conditions of the Russian front.

For the Wehrmacht soldiers who probably knew little of Nietzsche, Sword of the Spirit served as a firm stepping stone to grasp Nietzsche’s philosophy, while reminding them that Nietzsche made it perfectly clear how he felt about the necessity of war, the sickness of liberalism and democracy, and not least the morality and values of the herd.