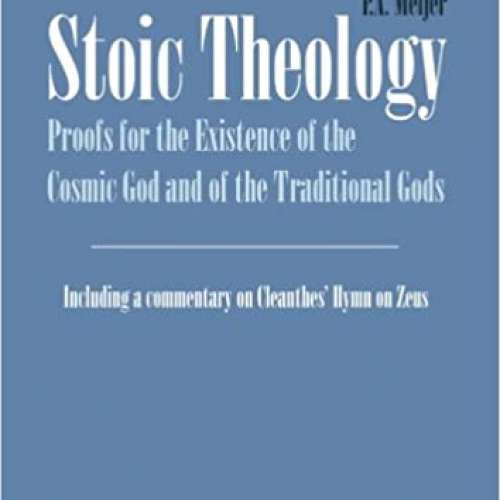 84
0
To genius page →
Stoic Theology: Proofs for the Existence of the Cosmic God and of the Traditional Gods

The ancient Stoics introduced an intriguing set of proofs for the existence of the Greek gods. These proofs were not only important for the Stoics themselves but also influenced later theological or philosophical proofs, even Descartes'. However, the Stoic proofs have not been studied extensively for three decades. In this book they are thoroughly investigated and subjected to an entirely new approach. Although their belief in the Greek gods was sincere, the Stoics were accused of unbelief because of their materialistic explanation of the gods. No wonder that they vigorously defended themselves by means of many proofs for the existence of the gods. The Stoics appear to have been more interested in defending the existence of these traditional gods than in proving the existence of their cosmic Supergod, the creator of this world and designer of the scenario of events in this world. It was not so much his existence that was their concern, but much more his properties. With this book on important aspects of Stoic Theology, P.A. Meijer adds a valuable and revolutionary source of insight and information to the existing literature.