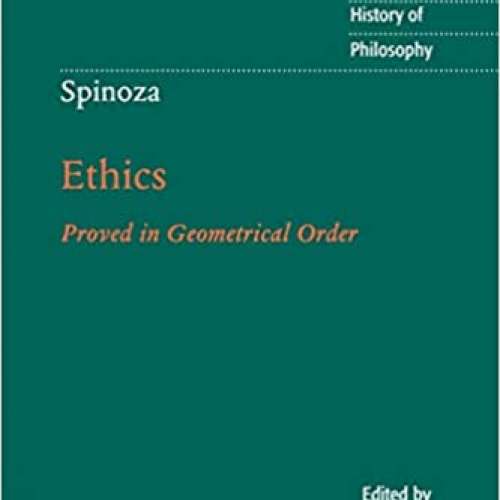 Spinoza's Ethics is one of the most significant texts of the early modern period, important to history, philosophy, Jewish studies and religious studies. It had a major influence on Enlightenment thinkers and the development of the modern world. In Ethics, Spinoza addresses the most fundamental perennial philosophical questions concerning the nature of God, human beings and a good life. His startling answers synthesize the longstanding traditions of ancient Greek and Jewish philosophy with the developments of the emerging scientific revolution. The resulting philosophical system casts out the willing, personal God of Abrahamic religions and takes up the challenge of reconceiving the natural world and human beings in an entirely secular way. This volume offers a new translation based on a new critical edition, reflecting the state of the art in Spinoza scholarship, and also includes an introduction, chronology and glossary to help make this notoriously difficult text accessible.