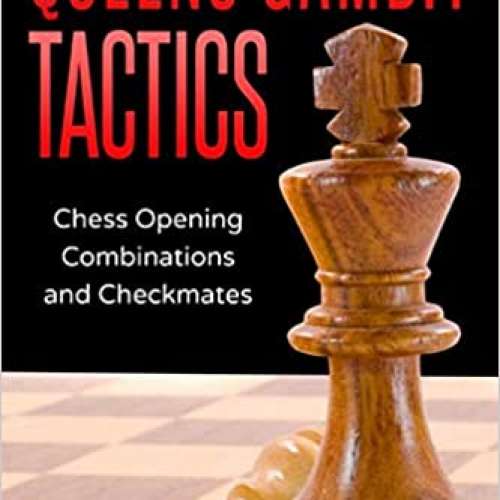 This Queens Gambit Tactics book gives you 500 positions from actual games that use combinations and checkmates. All games in this popular opening follow after the moves 1.d4 d5 2.c4. Queen’s Gambit includes such variations as the Baltic (2…Bf5) and the Marshall (2…Nf6), the Chigorin Defence (2…Nc6), the Albin Counter-Gambit (2…e5), Slav Defence (2...c6), Queen’s Gambit Accepted (2…dxc4), the Queen’s Gambit Declined (2…e6) with several options, or Semi-Slav (…e6 and …c6). The Queens Gambit teaches you to fight for a win in a classical pawn structure. When you run toward tactics, you run toward success. Tactics help you to attack and defend accurately.