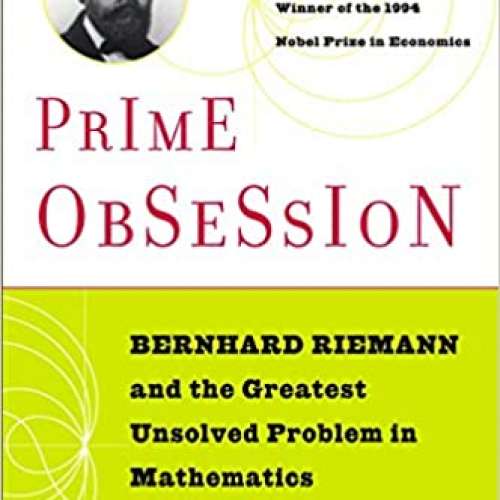 In 1859, Bernhard Riemann, a little-known thirty-two year old mathematician, made a hypothesis while presenting a paper to the Berlin Academy titled  “On the Number of Prime Numbers Less Than a Given Quantity.”  Today, after 150 years of careful research and exhaustive study, the Riemann Hyphothesis remains unsolved, with a one-million-dollar prize earmarked for the first person to conquer it.

Alternating passages of extraordinarily lucid mathematical exposition with chapters of elegantly composed biography and history, Prime Obsession is a fascinating and fluent account of an epic mathematical mystery that continues to challenge and excite the world.