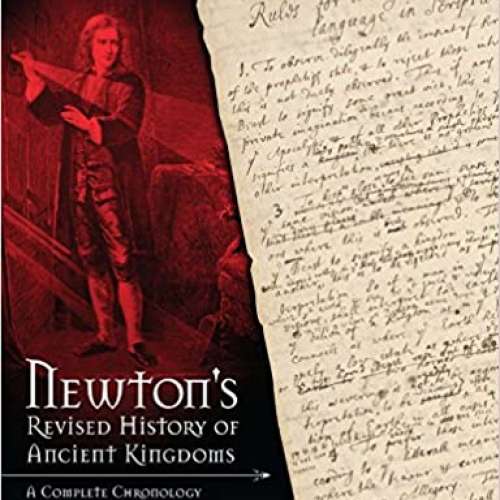 Your view of ancient history will never be the same again!

When one thinks of Sir Isaac Newton, one normally thinks of a great scientist and mathematician. However, one does not normally think of Newton as a historian. Such was the greatness of his intellect, that he found history a pleasant diversion for his idle moments. He drafted a book on the ancient history and the Gentile nations and worked on it periodically for over forty years but never published it. It was published posthumously in 1728, a year after he died.

The same genius he applies to other disciplines, Newton brings to bear on ancient history. He notes that all the pagan nations had greatly exaggerated their history, creating much needless confusion. Like a first rate prosecuting attorney, Newton cross-examines the ancient writers, using their own words against them to expose their logical inconsistencies. He then develops a more and sound chronology using the scientific method based on logic, observations, astronomy, and just plain common sense.

Newton is not satisfied with merely showing one way of determining a historical date but overwhelms the reader with many independent ways of using the classical data mixed with common sense to establish the approximate date for many important secular historical events. Most of secular ancient history before 700 BC will need a drastic revision in the light of Newton’s findings.

As originally written, Newton’s historical work is very difficult for modern readers to understand, but this special edition presents this classic in a format and style suitable for today’s readers.