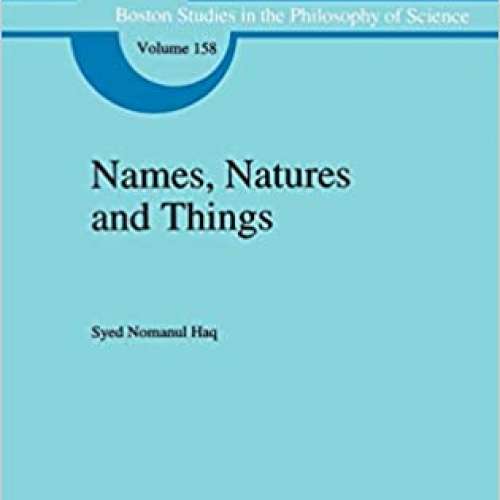 92
0
To genius page →
Names, Natures and Things: The Alchemist Jābir ibn Hayyān and his Kitāb al-Ahjār (Book of Stones)

Jabir ibn Hayyan, for a long time the reigning alchemical authority both in Islam and the Latin West, has exercised numerous generations of scholars. To be sure, it is not only the vexed question of the historical authorship and dating of the grand corpus Jabirianum which poses a serious scholarly challenge; equally challenging is the task of unraveling all those obscure and tantalizing discourses which it contains.
This book, which marks the first full-scale study of Jabir ever to be published in the English language, takes up both challenges. The author begins by critically reexamining the historical foundations of the prevalent view that the Jabirian corpus is the work not of an 8th-century individual, but that of several generations of Shi'i authors belonging to the following century and later. Tentatively concluding that this view is problematic, the author, therefore, infers that its methodological implications are also problematic. Thus, developing its own methodological matrix, the book takes up the second challenge, namely that of a substantive analysis and explication of a Jabirian discourse, the Book of Stones. Here explicating Jabir's notions of substance and qualities, analyzing his ontological theory of language and unraveling the metaphysics of his Science of Balance, the author reconstructs the doctrinal context of the Stones and expounds its central theme. He then presents an authoritative critical edition of a substantial selection of the text of the Stones, based on all available manuscripts.
This critical edition has been translated in its entirety and is provided with exhaustive commentaries and textual notes -- another pioneering feature of this book: for this is the first English translation of a Jabirian text to emerge in print after a whole century. An outstanding contribution is that it announces and presents an exciting textual discovery: the author has found in the Stones a hitherto unknown Arabic translation of part of Aristotle's Categories. Given that we have so far known of only one other, and possibly later, classical Arabic translation of the Greek text, Haq's discovery gives this book an historical importance.