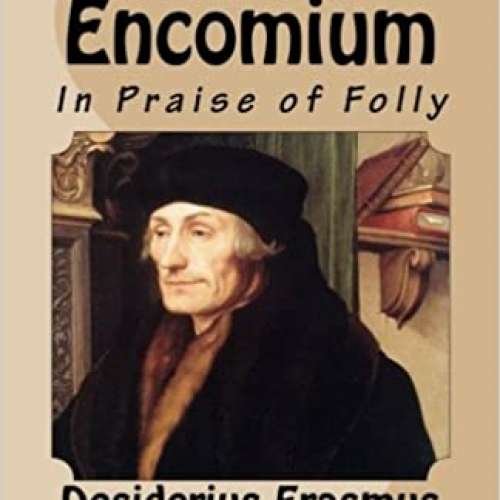 In Praise of Folly is an essay written in 1509 by Desiderius Erasmus of Rotterdam and first printed in 1511. It starts off with a satirical learned encomium after the manner of the Greek satirist Lucian, whose work Erasmus and Sir Thomas More had recently translated into Latin, a piece of virtuoso foolery; it then takes a darker tone in a series of orations, as Folly praises self-deception and madness and moves to a satirical examination of pious but superstitious abuses of Catholic doctrine and corrupt practices in parts of the Roman Catholic Church—to which Erasmus was ever faithful—and the folly of pedants (including Erasmus himself). Erasmus had recently returned disappointed from Rome, where he had turned down offers of advancement in the curia, and Folly increasingly takes on Erasmus' own chastising voice. The essay ends with a straightforward statement of Christian ideals.