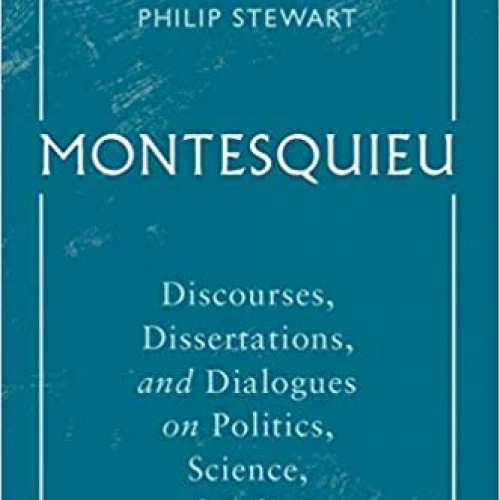 78
0
To genius page →
Montesquieu: Discourses, Dissertations, and Dialogues on Politics, Science, and Religion

A number of Montesquieu's lesser-known discourses, dissertations and dialogues are made available to a wider audience, for the first time fully translated and annotated in English. The views they incorporate on politics, economics, science, and religion shed light on the overall development of his political and moral thought. They enable us better to understand not just Montesquieu's importance as a political philosopher studying forms of government, but also his stature as a moral philosopher, seeking to remind us of our duties while injecting deeper moral concerns into politics and international relations. They reveal that Montesquieu's vision for the future was remarkably clear: more science and less superstition; greater understanding of our moral duties; enhanced concern for justice, increased emphasis on moral principles in the conduct of domestic and international politics; toleration of conflicting religious viewpoints; commerce over war, and liberty over despotism as the proper goals for mankind.