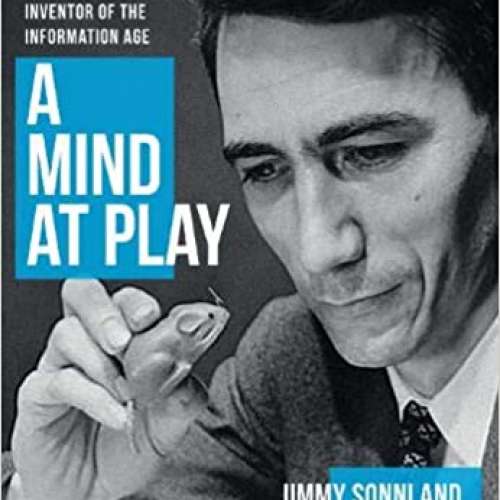 Named a best book of the year by Bloomberg and Nature. 'Soni and Goodman have done their research...A Mind at Play reveals the remarkable human behind some of the most important theoretical and practical contributions to the information age.' (Nature) 'A charming account of one of the twentieth century’s most distinguished scientists…Readers will enjoy this portrait of a modern-day Da Vinci.' (Fortune) This is the extraordinary story of the little-known man who influenced every computer built, email sent, video streamed, and webpage loaded. He wrote the seminal text of the digital revolution, which has been called ‘the Magna Carta of the Information Age.’

His discoveries would lead contemporaries to compare him to Albert Einstein and Isaac Newton. His work anticipated by decades the world we live in today and gave mathematicians and engineers the tools to create the digital technology we rely on. His career stretched from the era of room-sized computers powered by gears and string to the age of Apple. His life shows us the beginnings of modern technology: in the ‘idea factory’ of Bell Labs, in the ‘scientists’ war’ with Nazi Germany, and in the work of Shannon’s collaborators and rivals, including Alan Turing. With access to Shannon’s family and friends, A Mind at Playbrings this singular innovator and creative genius to life.