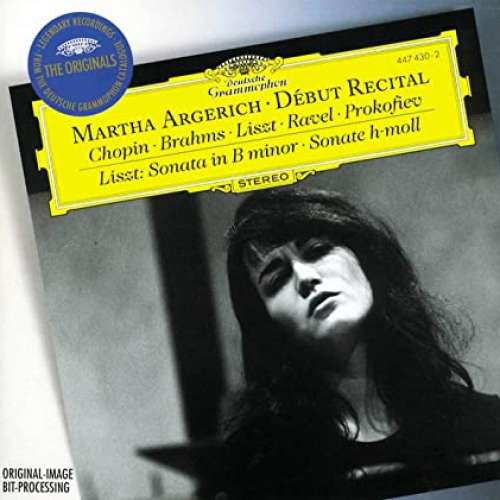 Classical music people, critics in particular, have a reputation for being grumpy, and this disc illustrates why. It's called Martha Argerich Debut Recital. Now, what does this tell you about it? Nothing, that's what. And the title isn't even correct! Actually, there's more material here than appeared on her debut recital, not the least of which is a stunning Liszt Sonata in B minor, which is the major work on the disc. When one of the two or three greatest living pianists turns in a performance of a major work like the Liszt Sonata that has been generally acclaimed, you would think that her record company would somehow get that piece of news into the title of the recording. --David Hurwitz