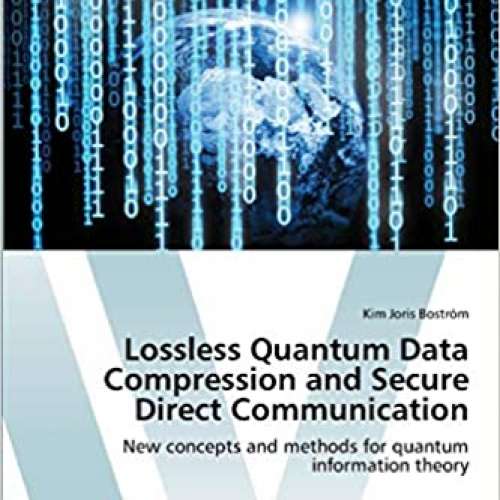 Revision with unchanged content. Quantum mechanics has radically changed our classical conception of information and communication. The elementary unit of information, the "bit", is replaced by the "qubit" which is a superposition of zero and one. Several qubits can be entangled among each other so that each qubit alone is neither zero nor one, nor any superposition of it. If qubits are used to encode messages then these "quantum messages" do not behave like ordinary ones. They cannot be compressed without loss of information, and the process of reading disturbs their content. Such apparent weaknesses, however, give rise to a revolutionary concept of secure communication... This book reviews the basic concepts of quantum information, develops a theoretical framework for variable-length quantum messages, derives some theorems, and introduces a novel secure communication scheme, the so-called "Ping-Pong protocol", which has attracted some interest in the scientific community and has recently been experimentally realized. The reader should be roughly familiar with probability theory, linear algebra and basic quantum mechanics.