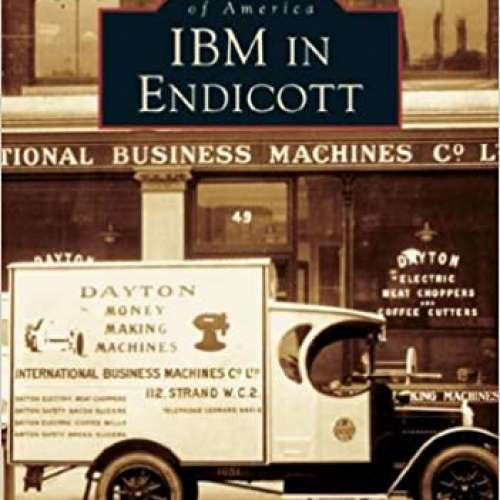 From granite blocks used to tell time, to beads used for accounting purposes, to punch cards, to computer chips as small as a raindrop, all are the historical roots of this corporate legend. IBM began with a small group of visionaries whose first factory was in a dismal garret in Binghamton, New York. By the time the Bundy Manufacturing Company relocated to Endicott, New York, it was part of the greatest industrial revolution in the world: the birth of computing technology. IBM in Endicott illustrates the development of a corporation and the people and ideas that made IBM a household word. With the city of Endicott at the epicenter of progress, IBM grew from a small company named Bundy Manufacturing, incorporated in 1889, to the company known as International Business Machines. Pictured are just a few of the notable moments during some of the golden years of Big Blue.