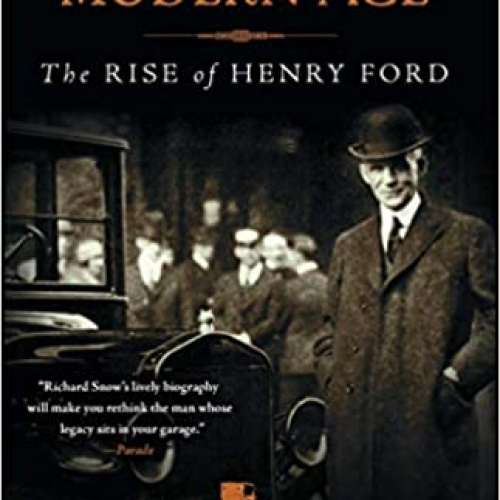 105
0
To genius page →
I Invented the Modern Age: The Rise of Henry Ford

A fresh, meticulous, and entertaining account of Henry Ford, the Model-T, and the invention of the American car industry in the early twentieth century that “will make you rethink the man whose legacy sits in your garage” (Parade).

From the acclaimed popular historian Richard Snow, who “writes with verve and a keen eye” (The New York Times Book Review), comes a fresh and entertaining account of Henry Ford and his invention of the Model T—the ugly, cranky, invincible machine that defined twentieth-century America.

Every century or so, our republic has been remade by a new technology: 170 years ago the railroad changed Americans’ conception of space and time; in our era, the microprocessor revolutionized how humans communicate. But in the early twentieth century the agent of creative destruction was the gasoline engine, as put to work by an unknown and relentlessly industrious young man named Henry Ford. Born the same year as the battle of Gettysburg, Ford died two years after the atomic bombs fell, and his life personified the tremendous technological changes achieved in that span.