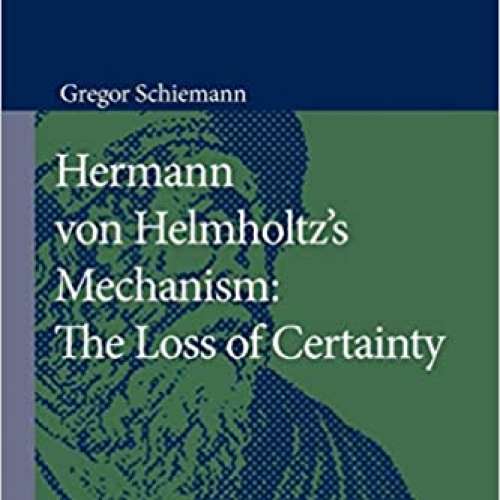 Focusing on Hermann von Helmholtz, this study addresses one of the nineteenth century’s most important German natural scientists. Among his most well-known contributions to science are the invention of the ophthalmoscope and grou- breaking work towards formulating the law of the conservation of energy. The volume of his work, reaching from medicine to physiology to physics and epis- mology, his impact on the development of the sciences far beyond German borders, and the contribution he made to the organization and popularization of research, all established Helmholtz’s prominence both in the academic world and in public cultural life. Helmholtz was also one of the last representatives of a conception of nature that strove to reduce all phenomena to matter in motion. In reaction to the increasingly insurmountable difficulties that program had in fulfilling its own standards for s- entific explanation, he developed elements of a modern understanding of science that have remained of fundamental importance to this day.