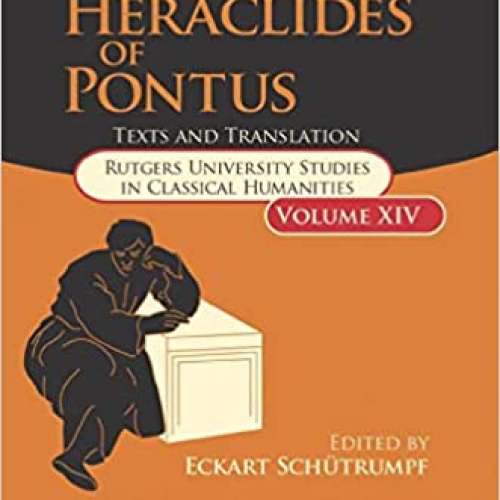 106
0
To genius page →
Heraclides of Pontus: Text and Translation

Heraclides of Pontus hailed from the shores of the Black Sea. He studied with Aristotle in Plato's Academy, and became a respected member of that school. During Plato's third trip to Sicily, Heraclides served as head of the Academy and was almost elected its head on the death of Speusippus. His interests were diverse. He wrote on the movements of the planets and the basic matter of the universe. He adopted a materialistic theory of soul, which he considered immortal and subject to reincarnation. He discussed pleasure, and like Aristotle, he commented on the Homeric poems. In addition, he concerned himself with religion, music, and medical issues. None of Heraclides' works have survived intact, but in antiquity his dialogues were much admired and often pillaged for sententiae and the like.